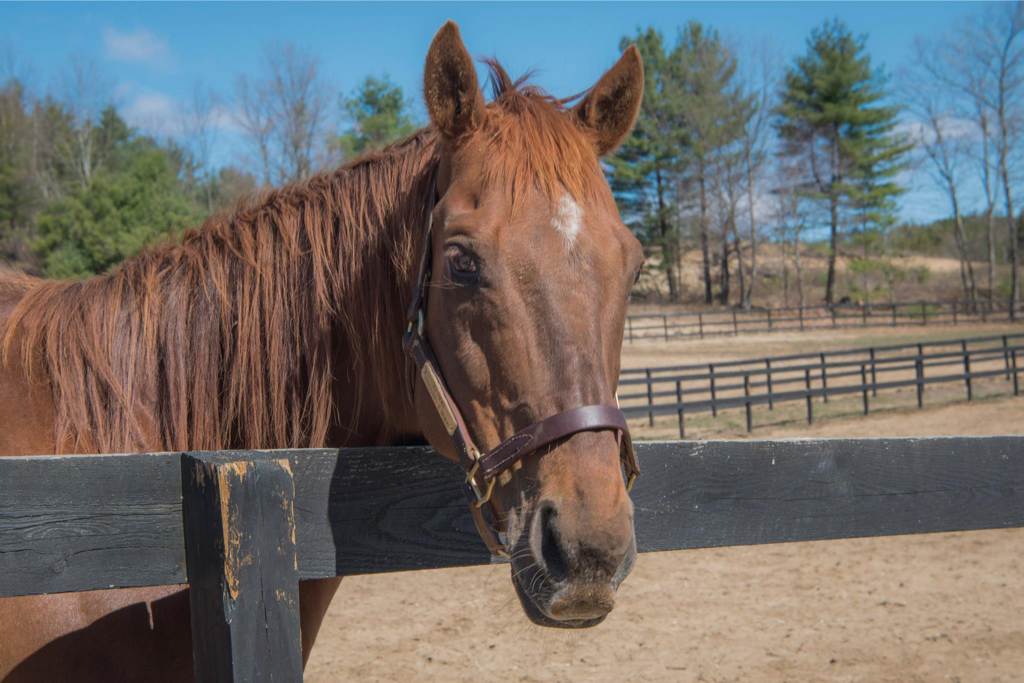 Born in 2001 by Distorted Humor, out of Outsource, by Storm Bird
Bred in New York, this powerful gelding owned by Tracy and Carol Farmer and trained by Nick Zito made his mark on the racing world with speed that only got better with age. At three, Commentator broke his maiden in his first try at Saratoga, the first of five consecutive victories to begin his career which included a win in the Perryville Stakes at Keeneland that set a track record at seven furlongs. He twice won the Whitney Handicap, picking up victories in 2005 and 2008, and was a dominant winner in the final running of the Massachusetts Handicap in 2008, winning by a race record 14 lengths. “Tator” was a winner in 14 of his 24 races, including eight stakes races, amassing a career earnings of $2,029,845. Upon his retirement in 2009, the 2007 and 2008 New York Horse of the Year was feted in a retirement party at Saratoga, where he was given a peppermint Key to the City of Saratoga Springs. The Commentator Handicap at Belmont, run in May at 1 mile for NY-breds 3 & Up, is named in his honor.