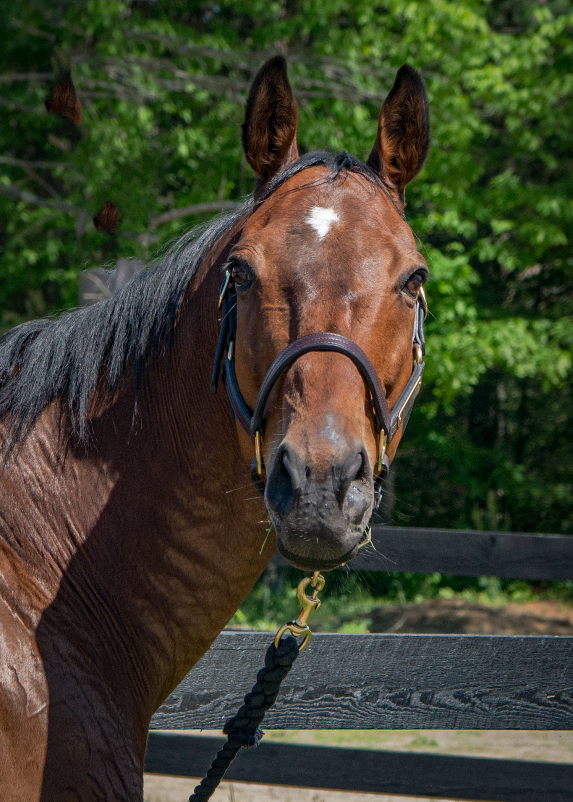 Bred in NY by McMahon Thoroughbreds, Doc is a beautiful dark bay gelding. Raced by Sackatoga Stables and trained by Barclay Tagg (the same team that campaigned Funny Cide), Doc sold as a yearling for $125,000 at Keeneland. He was sold again as a 2 year old to Jack Knowlton for $85,000 and began his racing career 7 months later. Doc broke his maiden in his 5th start by an impressive 10 lengths. His biggest win came at Saratoga in 2008 when he won the New York Stallion Cab Calloway Stakes, defeating multiple graded stakes placed and 2 time Breeders’ Cup placed runner Cannonball. Doc raced 8 more times after his stakes win and was retired from racing with a record of (3-2-2) from 16 starts and earnings of $156,585. Up until his arrival at Old Friends, Doc was being retrained to be a jumping horse. However, he always seemed to just want to settle down and be completely retired. Thanks to the efforts of Jack Knowlton, Doc found a home at Old Friends and is enjoying a life of leisure.