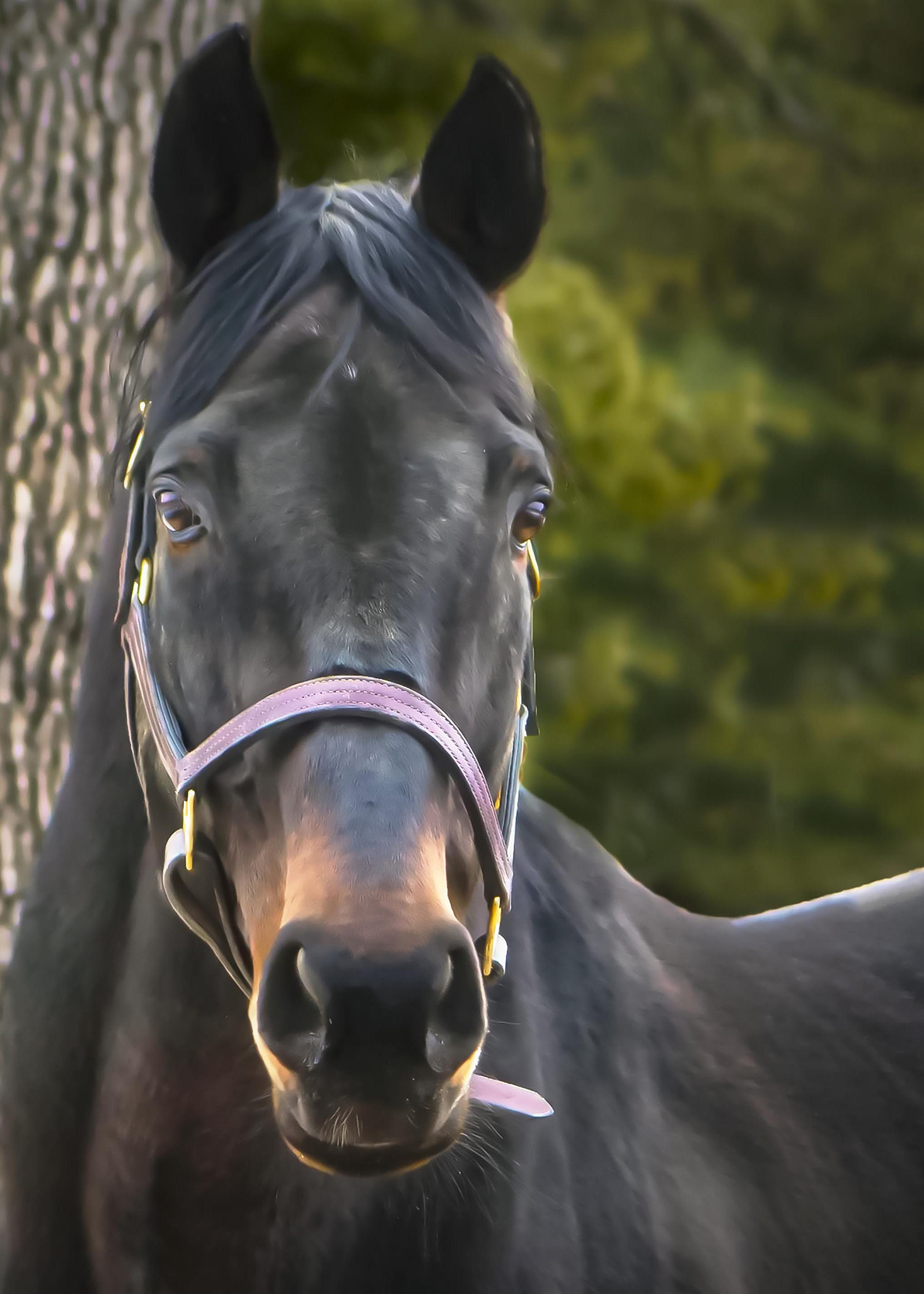 A fan favorite and the 2007 New York Horse of the Year, Naughty New Yorker is a striking dark bay
stallion who won an impressive 11 stakes races, highlighted by a 1 ¾ length victory in the Grade III Red
Smith Handicap at Aqueduct. A son of Quiet American, Naughty New Yorker was trained by Patrick Kelly
for owners Fox Ridge Farm and frequently squared off against fellow Old Friends at Cabin Creek
residents Be Bullish, Commentator, and Driven By Success. Some of his other notable victories came in
the Albany Stakes, the Noble Nashua Stakes, and the Saratoga Sunrise Stakes, all at Saratoga. In his 7-
year career, he made 67 starts with 12 wins and 20 in-the-money-finishes, which included a pair of
thirds in the Grade I Cigar Mile and Grade III Gotham Stakes.
Retired from racing at the age of nine in 2011 with total earnings of $1,089,884, Naughty New Yorker began his stud career a year later at Ascot Stud in Ontario, where he lived for nine years prior to retiring to Old Friends at Cabin Creek. His best progeny is Dirty Dozen, a six-time winner of over $100,000. Naughty New Yorker arrived at Old Friends at Cabin Creek in March of 2021. Thank you to Chris Blake at Ascot Stud for trusting us with his care.

Tours after Labor Day are now on Saturdays only, 12-3:00!
We ask our visitors to continue wearing masks if unvaccinated. Be sure to stop in our gift shop after your tour and check out our new items!