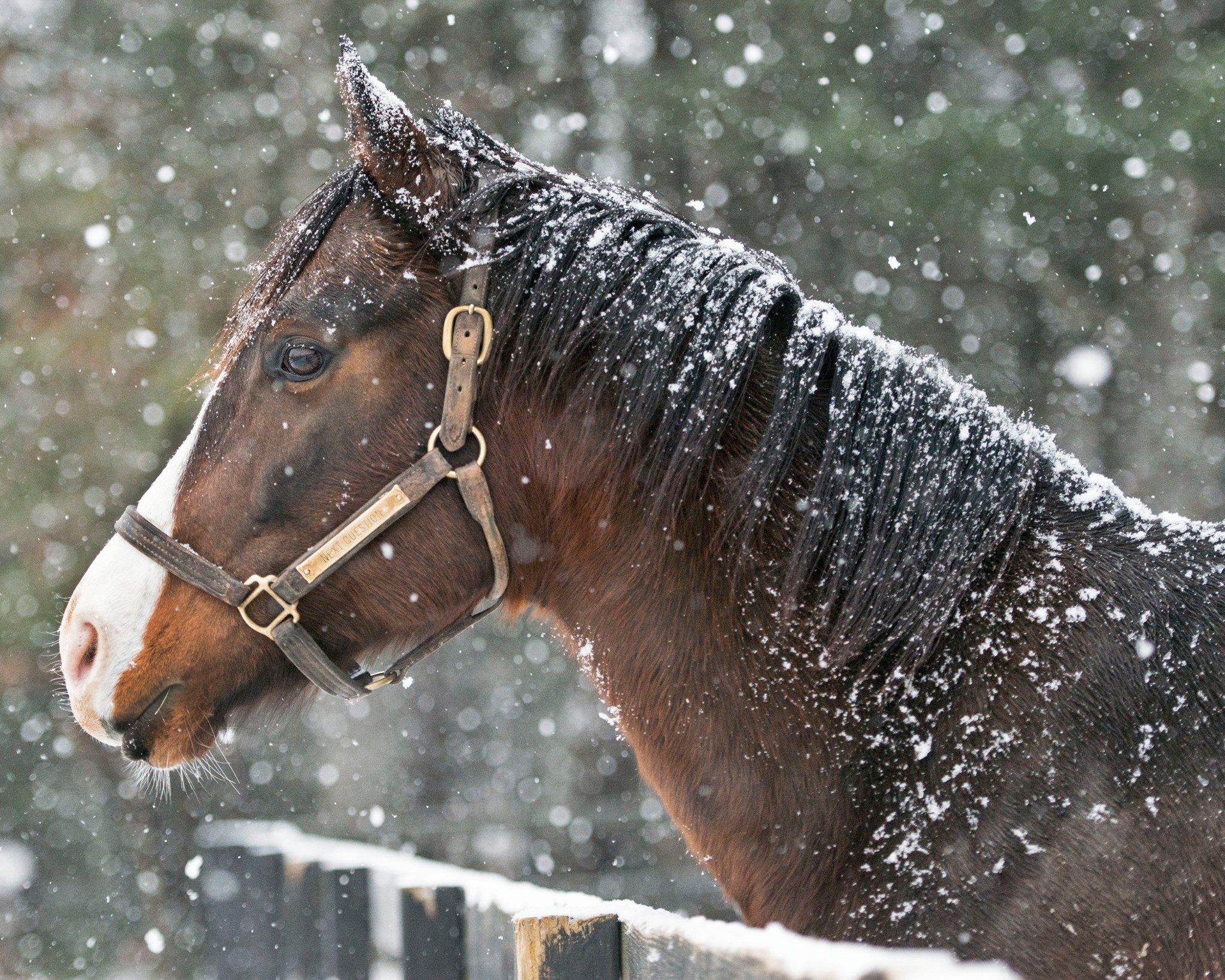 "Q" as we called him, HAS RETURNED!

On November 15, 2015, Next Question left Cabin Creek for his new home in New Hampshire. His racing owners always loved him and he had gone to live with and be retrained by their daughter in New Hampshire at Mountain Lane Farm. He enjoyed some light pleasure riding, retraining and happy times with some of his old (human) friends there!

NY bred; 2009 by Stormy Atlantic, out of Seattle Stardust, by Seattle Slew. Won 2012 Nearctic Stakes (Gr. 1) at 16-1 at Woodbine, which gave him a berth into the Breeders’ Cup Turf Sprint. Came in 3rd in the Around the Cape Stakes at Belmont Park, came in 7th in the Breeders’ Cup. Owned by Three Diamonds Farm. Q, as he's know at the farm, is happily retired. (Photo by Connie Bush)